Kim Hyun-jung, So Chan-hui, Hwang Bo, 'I can see your voice 7' sortie 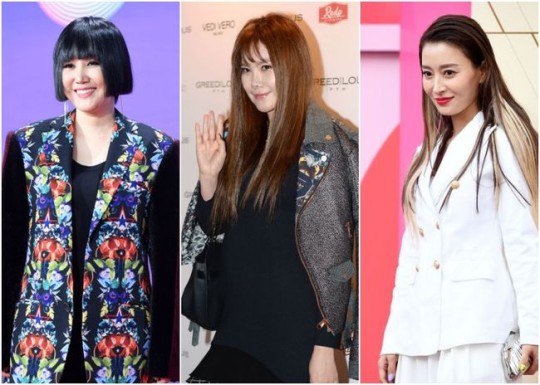 Singer Kim Hyun-jung, So Chan-hui, and Hwang Bo make their inferences by appearing on Mnet 'I can see your voice 7'.

Kim Hyun-jung, So Chan-hui and Hwang-bo played 'I can see your voice 7' at CJ E&M Ilsan Studio, Daehwa-dong, Ilsanseo-gu, Goyang-si, Gyeonggi-do on 29th. These are the protagonists of the craze of the music industry in the 90s and 2000s, and they are excited about their activities.

After debut as a guitarist in the female rock band 'Eve' in 1988, So Chan-hui started her career as a solo singer in 1996, releasing the song 'A breakup opportunity'. He was also loved by his explosive singing powers, creating hit songs such as 'Wise Choice' and 'Tears'.

Kim Hyun Jung debut in 1997 as the song 'Breakup with Her' and became a solo singer by taking first place in various music broadcasting programs. She has recorded hits such as 'Lonely Love' and 'Bruise', and she has been greatly loved by her cool singing skills and her long legs beauty singer.

Hwang Bo debut in 2000 as 'Heart' of Chakra first albums. He has been a soloist since the team was disbanded and has appeared in various entertainment programs and has been steadily loved for his unique entertainment.